People must be empowered to prosper

People must be empowered to prosper

Nobody knows the needs of communities better than communities themselves. That’s why the Plunkett Foundation is today calling for the government to show faith in the power of communities as it decides how to fund them in post-Brexit Britain. 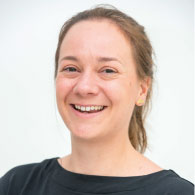 The UK has arrived at a turning point. Brexit has happened and that means change – and it also means opportunity. The government has promised to create a Shared Prosperity Fund, replacing EU funds for economic development. This money is urgently needed in places across Britain which often feel forgotten.

At Plunkett we are the national experts in rural community business. We are seeing more and more rural communities turning to community ownership to tackle the challenges they face. Every day we work with those people to meet their communities’ needs – and we see what success that can bring.

The Shared Prosperity Fund is a once in a generation opportunity to empower people all over the country to take control over their future and make the economy work for them. And so resources must be targeted at the people and places that need it most. Decisions should be firmly rooted in communities – where people should be the check and balance on what is being spent and how.

The Communities in Charge campaign, which Plunkett supports, is calling for communities to have greater control and influence over the government’s post-Brexit funding for economic regeneration. They know best what their places need, so let’s put them in charge.

We want to see at least a quarter of the fund to go directly to local people to invest in their own priorities.

This campaign is a coalition of local people, community groups and national organisations calling for communities to be put directly in charge of the Government’s post-Brexit fund for economic regeneration.

The Communities in Charge campaign has worked with The Annexe in Hartlepool to produce this short film to show why we need to put communities in charge of post-Brexit funding for economic regeneration.

Head of Engagement, The Plunkett Foundation