“Our role is simple; we are here to help you create a sustainable initiative that will make your community a better place to live. We call these initiatives community businesses.”

Over the past century, Plunkett has enjoyed working with individuals and groups on a wide range of community businesses, including; pubs, shops, cafes, and lots more. Through this, we hear the challenges faced by rural communities and have developed a tried-and-tested model to best support groups in tackling these challenges.

Sir Horace Plunkett was involved with co-operation in a number of high-profile roles. Read about the years leading up to the creation of Plunkett Foundation in 1919

Whilst at University, Horace became aware of the co-operative model. Back home in Ireland, he had a genuine concern for rural livelihoods, and was deeply troubled by the net migration from rural Ireland. His first intervention was the establishment of a community-owned store on his home estate, which was owned and controlled by the estate workers and tenant farmers. Whilst the model didn’t particularly take off elsewhere, his efforts did inspire a small number of other examples across Ireland.

A period in the USA

Ill health drove Horace from Ireland in 1879, with the next 10 years were spent cattle ranching in the Bighorn Mountains of Wyoming. As well as a substantial fortune, he acquired experience that proved invaluable in the work of agricultural education and development. Horace was a frequent visitor to the USA throughout his life and made key connections with politicians, philanthropists and academics. During the First World War, much of Horace’s time was spent as an unofficial envoy between Britain and the United States.

Following Horace’s father’s death in 1889, he return to Ireland to manage the Dunsany estate. This work reignited his concern with the survival of Irish farmers. Inspired by the early Danish co-operative movement, he focused on the development of farmer owned creameries. Following a long campaign, and over 50 unsuccessful meetings persuading Irish farmers, his first dairy co-operative was formed at Ballyhahaill, Limerick in 1891. Three years later, there were 33 co-operative creameries and agricultural bodies. To support them, Horace founded the Irish Agricultural Organisation Society (later renamed as ICOS). Just four years later, there were 947 affiliated agricultural co-operatives. ICOS is still operating today, and is the representative body for co-operatives throughout the Republic of Ireland.

In 1892, Horace was elected as a Unionist MP for South Dublin. In this role, he led a drive to establish the first agricultural department in Ireland in 1899. From July 1917 to May 1918, Horace chaired the Irish Convention, which sought to find agreement on the implementation of the suspended Third Home Rule Act 1914. In 1922, Plunkett was nominated to the first Seanad Éireann, the upper chamber of the parliament of the new Irish state. In recognition of his contributions, he was appointed for a term of 12 years. He resigned from the Seanad in November 1923, following an attack on his home by the IRA destroying his home and Plunkett family records. He wrote that “the healthiest house in the world, and the meeting place of a splendid body of Irishmen and friends of Ireland” had been destroyed. 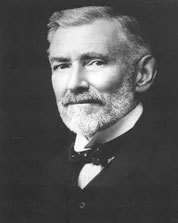 For the first five years of its existence, interest was used carefully to promote courses and studies on co-operative and rural sociology subjects in England and Ireland

Becoming a clearing-house of information on International Agricultural Co-operation

Plunkett Foundation’s remit was always intended to be international. The 1924 Empire Exhibition held at Wembley was the ideal opportunity to prepare a survey of agricultural co-operation and organise a conference of co-operators. The 170 participants of this conference found the experience of meeting and comparing notes new and stimulating. Before parting, they called for a permanent “clearinghouse of information on agricultural co-operation in the English-speaking world” to be established. Having found its purpose and identity, Sir Horace more than doubled his original endowment. It was also at this point that the Foundation, together with the Co-operative Reference Library, relocated from Dublin to No.10 Doughty Street in London, and a permanent staff was appointed.

A lot of groundwork was shaped and established during the period 1924 – 1980s, which enables Plunkett Foundation to carry out the important work supporting community business across the UK today.

1927 and the Empire Marketing Board

In 1927 the Empire Marketing Board, agreed to make the Plunkett Foundation a five-year annual grant. This was used not only to appoint further staff, but allowed for travel and investigation of agricultural co-operation in Commonwealth countries. The new headquarters of the library, contacts made on overseas journeys, and the publications that now began to appear all brought visitors to the Foundation. Further afield, the range of European contacts was extended and the Foundation was represented at many international meetings and congresses.

1930s and the growth of the movement

In the early 1930s, detailed surveys of agricultural co-operation in the British Isles were undertaken. Relatively small movements were known to exist in Scotland, Wales and Northern Ireland, but little was known about the English position since its central organisation collapsed in 1924. The surveys revealed that the movement in England was far from dead. It was not until 1936 that co-operatives themselves moved towards unity by forming the Agricultural Co-operative Managers Association (ACMA), with the Foundation providing secretarial support.

Financial difficulties arose when the Empire Marketing Board grant ended and, at a time of economic depression, alternative funds were difficult to find. The cost of running the Foundation was drastically cut, but so too was its power to continue its development, so self-financing activities were adopted and charges were made for work carried out on behalf of other bodies.

Following the war, it took time for the Foundation to regain its former level of success. Many contacts had been broken; costs, including wages, had increased; the building in Doughty Street was in disrepair; the library was in a state of neglect; and travel was both difficult and costly. As frontiers began to open in the late 1940s and early 1950s the visitors returned. Later on, grants became sporadically available to support not only the provision of library facilities, but also a variety of research activities and the publication of a series of Occasional Papers and other books and documents. Gradually, the Foundation was able to receive foreign contracts, and was the recipient of an increasing number of invitations to contribute to overseas visits, lectures, and participation in conferences and reports. At the Foundation’s recommendation a co-operative adviser was appointed to the Colonial Office, through whom much overseas work was subsequently made possible.

For many years, the Foundation had been giving thought to the problem of training for UK agricultural co-operatives. In 1954, when funds become available through the Ministry of Agriculture, the Foundation was immediately able to put forward a scheme for a co-operative business correspondence course. It proved to be extremely successful and quickly aroused overseas interest. Short training courses were also organised in Africa, under the guidance of the Foundation’s newly appointed overseas education officer with the support of outside lecturers.

So, although the Foundation had been formed with very wide terms of reference in a distinctly academic context, it emerged from these formative years with a fairly well defined range of practical co-operative development services, maintaining the international outlook of the original Wembley Conference of 1924.

Plunkett’s transition from both a UK and international ‘clearing house’ on agricultural co-operation, to a primarily UK body didn’t happen overnight. The overseas contracts diminished as funding became scarce, and the agricultural training contracts became a competitive space with other non-co-operative agricultural consultancies having been established.

At the same time, Plunkett was well placed to respond to the emerging trends in rural communities throughout the UK, regarding declining village services, and quickly put into place advisory support for communities looking to overcome these challenges. Plunkett successfully developed programmes funded by government agencies which stimulated community ownership activity including shops, pubs, farms, energy and transport. Whilst Plunkett’s criteria for support remained true to its co-operative roots, the buzz word during this time, and adopted by Plunkett, was ‘social enterprise’, later to be replaced by ‘community enterprise’, then ‘community co-operative’, and most recently ‘community business’.

A key turning point for Plunkett was the merger with the Village Retail Services Association (ViRSA) which had been set up specifically to support and share best practice amongst village shops, both community owned and private shops. As part of the merger, Plunkett only took forward the community ownership element.

Following the merger, Plunkett was awarded two successive grants from Esmée Fairbairn Foundation to run the Village Core Programme, which provided grants and loans to start up new community shops, and was matched with community raised finance.  This innovative programme facilitated a growth of over 200 community shops trading between 2006-2012, and led to Plunkett’s services developing to become highly regarded for its support for community shops.

Beyond this period, Plunkett has been both developing and delivering major programmes which provide business support to help start up and run a whole range of community businesses. The Foundation has continued working with Esmée Fairbairn on a number of projects post Village Core, including Our Urban Shop, and the latest which underwrites Plunkett’s core support and strategy. The National Lottery funded a £10 million partnership programme between 2007 – 2013 called ‘Making Local Food Work’, which developed the capacity of community-owned food businesses including shops, markets and farming enterprise.

The National Lottery went on to fund ‘Making Local Woods Work’, another partnership programme seeking to increase the resilience of community woodlands. The launch of Power to Change Trust in 2016, with its focus on community business, has also led to a number of projects supporting new and existing community business, of particular note, the More than a Pub programme which has replicated the success of the Village Core programme in establishing a community pub movement.

A further turning point for the Foundation was the creation of the Frontline Team, which aimed to provide a one-stop shop for all forms of community business at all stages of their journey in setting up and running. This team, now called Community Business Team is responsible for delivering the advice line and developing and managing all future programmes which offer direct support to community businesses.