Access to cash is an increasingly important issue, given the sharp decline in cash usage since the onset of the pandemic earlier this year. With card payments becoming increasingly common year-on-year, the government is seeking ways to protect access to cash.

In rural areas, accessing cash withdrawal and deposit-taking services is more difficult than in urban areas. There have been widespread closures of ATMs and bank branches across the UK, according to Which?. Since 2015, 3,770 branches have closed (at a rate of around 55 a month). 13,800 ATMs have closed since 2018. The remaining ATMs are situated in small clusters in areas of high foot fall, such as transport hubs and shopping destinations, with 78% of all free-to-use machines within 300 metres of the next.

An increasingly cashless society is in danger of excluding millions of people, who rely on it for everyday payments and as a means of budgeting. According to the recent Access to Cash Review, 1.3 million people do not have access to a UK bank account. 2.2 million rely exclusively on cash. For most people, cash is still valued. 47% of the UK population believe that living in a cashless society would present real challenges. That’s 25 million people.

On behalf of the rural communities and community businesses that we represent, Plunkett Foundation submitted a response to HM Treasury’s call for evidence on Access to Cash on 25th November 2020. 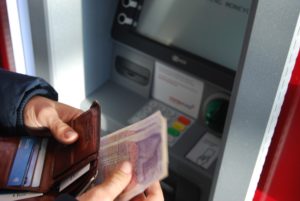 We answered the following questions:

How can the government ensure the UK maintains an appropriate network of cash withdrawal facilities over time through legislation?

What is the potential for cashback to play a greater role in the provision of cash withdrawal facilities, and how can legislation facilitate further adoption of cashback?

How can the government ensure the UK maintains an appropriate network of cash deposit-taking facilities over time through legislation?

What are the key factors and considerations for maintaining cash acceptance in the UK?

Should the government give a single regulator overall statutory responsibility for maintaining a well-functioning retail cash distribution network? If so, with which regulator should this responsibility sit?