Plunkett Foundation, working with Power to Change, is conducting a new piece of research that aims to investigate why relatively few community-owned pubs have been established in urban communities to date.

Of the current 147 community-owned pubs operating across the UK, only 22 are located in urban communities. The ambition of this dedicated research, is to review these “cold spot” areas for community-owned pubs, looking at which areas or communities are currently underserved and use the findings to target and refine future support for new community pub projects in these areas. The research may also help to identify how relevant the community business model is to different communities, and help identify changes to the model to help those urban communities setting up “More than a Pub”. 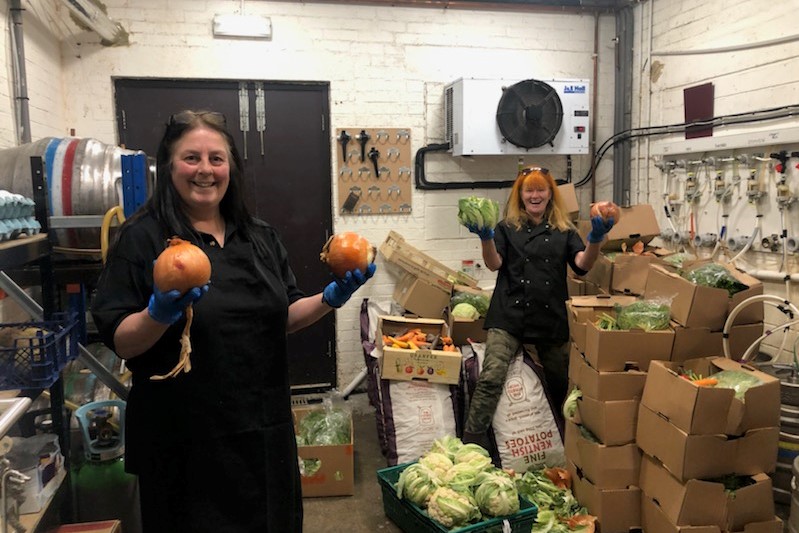 Meals on Wheels at The Bevy ‘More than a Pub’ project, Moulescoomb, Brighton

The research is a direct response to the findings, in 2021, of the More Than A Pub (MTAP) programme, an England-only scheme, run by the Plunkett Foundation with funding from Power to Change and the Ministry for Housing, Communities and Local Government (now Department for Levelling Up, Housing and Communities). Having supported over 300 individual projects and directly created 60 new community-owned pubs, MTAP has fundamentally changed the landscape for community-owned pubs. However, the programme did not lead to significant growth in urban areas despite direct engagement efforts and the offer of bespoke and enhanced support in these communities.

MTAP’s evaluation has already highlighted a number of common barriers to community ownership in urban communities. It is apparent that no group gaining community ownership has had an easy journey. In the less-affluent urban communities however, a number of the typical factors appear to all become magnified: prohibitive property prices, low purchasing power, weak professional skills and absent social capital. A question that this research will investigate, is whether these barriers are insurmountable or whether there are other options that could lead to successful businesses being established.

It is critical that those engaged with community pub projects, both successful and unsuccessful, are consulted as part of this research. To this end, the 22 existing community pubs that already operate in urban areas and areas of higher deprivation will be invited to contribute to the research via a survey, to share their experiences and suggestions for growing the number of pubs in communities with a similar make up to theirs. Furthermore, speaking with those groups that were unsuccessful in progressing community pub projects will help to evidence or challenge the current understanding about some of the barriers that have been formed from the MTAP experience.

We will also be completing a full literature review to consider previous research and findings about the social value of pubs and the motivations for bringing them in to community-ownership, and running a number of focus groups and workshops, to incorporate a wider sector view in this research too.

If you have any questions about this work or are interested in directly contributing to the research please contact Georgina Edwards, Policy and Research Manager via georgina.edwards@plunkett.co.uk.