In November 1943, the population was forced to leave their homes and businesses, allowing US troops to train for the successful invasion of German-occupied France. The tight-knit community came together again in 2016, when the owners of the village shop announced their retirement.

Slapton Village is a special place for residents who live there. In November 1943, the population was forced to leave their homes and businesses, allowing US troops to train for the successful invasion of German-occupied France. The tight-knit community came together again in November 2016, when the then-owners of the village shop announced their retirement to take place the following year.

There was resounding support from the village for a new shop to be opened, following a helpful conversation with a community shop in Cornwall. Many residents relied on the shop, not only for provisions but also as a social space.

It was not possible to continue the business in the same place and a Steering Group was formed in January 2017, tasked with finding a suitable location for the new shop to open. Once again, the village came together and many volunteers came forward to take this forward. A temporary site was located at the end of the Village Hall,  owned by them and half by the Field Studies Council, who gave the shop a 2-year lease. Neither landlord asked for rent and the Village Hall allowed the shop to connect to their water supply, electricity and use of their toilets and WiFi.

From Summer 2017 to Christmas, the village donated £30,000 enabling a log cabin to be purchased. Everyone pitched in, donating their time and skills to the project. 45 people trained as volunteers and some took on the early morning newspaper shifts and delivery on Sundays.

The volunteers are really the characters behind the success of Slapton Village Community Shop. Covering a huge age range, the oldest being in their 80’s, they provide a large level of reliable support for the community business.

The social experiences, meetings with others and getting to know villagers better is both profound and exciting, with the knowledge that the shop is really making a difference to the community. One of the regular customers is a lady who felt unable to leave the house but, with encouragement and support, is now able to make a shopping trip each day giving her a sense of independence she thought had gone forever. 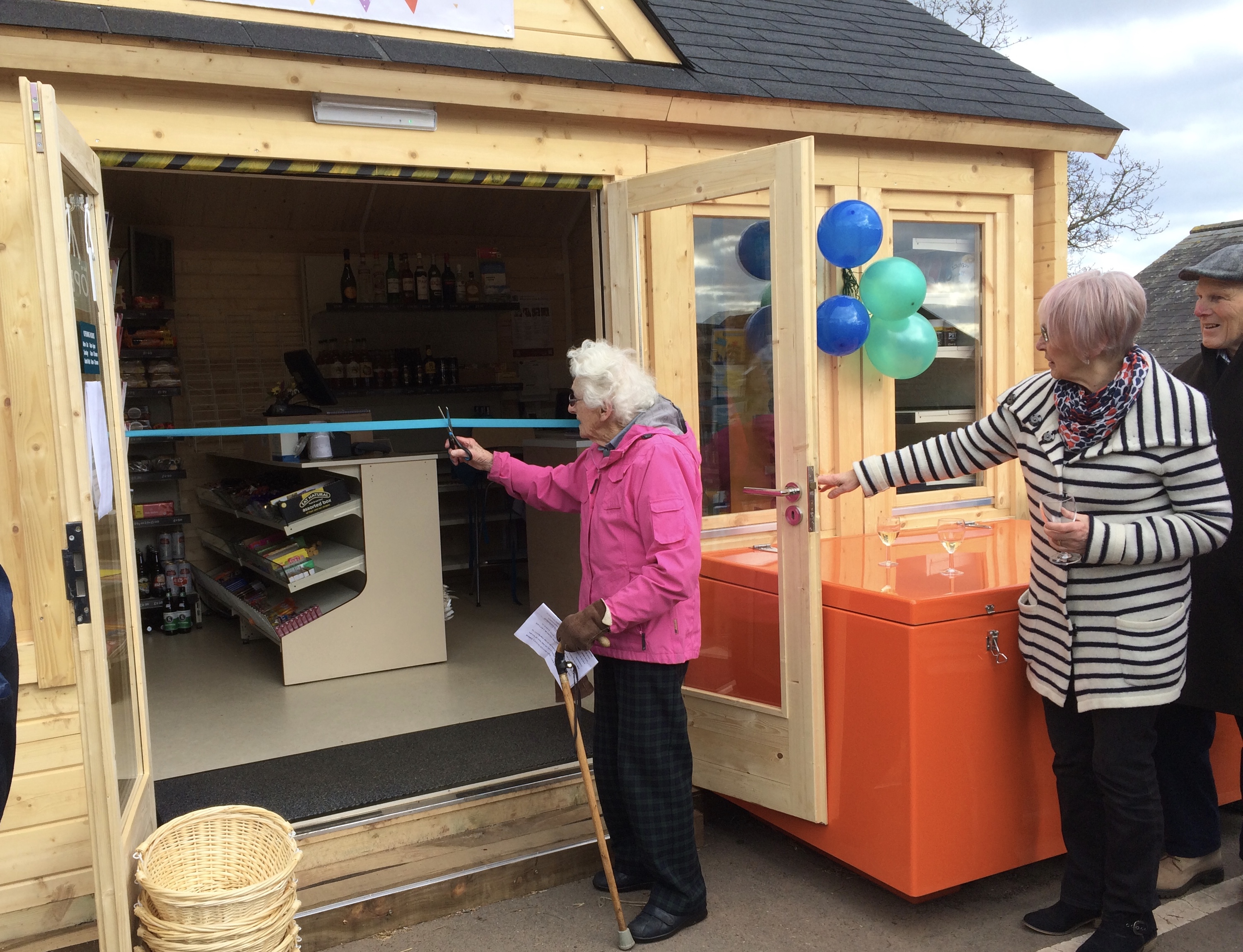 When the ‘Beast from the East’ hit in March 2018, the shop provided a large level of support to the community. After washing away the road connecting Slapton to Dartmouth, this placed a new strain on residents who already found it hard to travel.

Members of the shop team drove to Kingsbridge and brought back supplies of essentials, including bottled water and the shop was able to stay open. Shelves were bare by the time deliveries could resume, but the village had been sustained by the efforts of the volunteers.

Slapton Village Community Shop were crowned winners at our 2018 Rural Community Ownership Awards for their work in supporting the community during the ‘Beast from the East’.

Additionally, the shop has been involved with a round of filming, in order to produce a case-study film for 2019.

Find out how Slapton Village Shop are supporting the local community in this informative case-study film highlighting their impact: