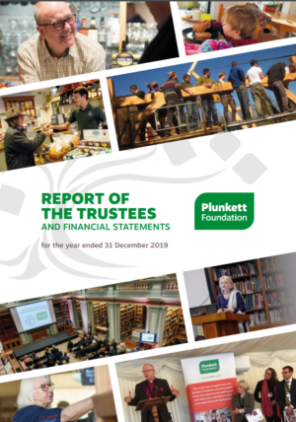 As you will know, the AGM on Wednesday was my final day as chair of Plunkett. I am very sorry I have not been able to say goodbye to everyone personally, but we live in strange times. 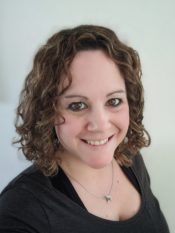 Plunkett Foundation’s Annual General Meeting took place online on Wednesday 9th September. Chaired by Margaret Clark, Plunkett Foundation’s Chair of Trustees, the event saw Plunkett members and supporters come together to reflect on 2019, as well as to look forward; concluding with a short presentation from Chris Cowcher, Head of Community Business and Harriet English, Head of Engagement, which focused on bringing Plunkett’s vision for the future of rural communities to life.

During the Chair’s report, Margaret Clark noted that this would be her last AGM as a Trustee, as she is stepping down after a seven year term. Although the AGM focused on looking back to 2019, it was acknowledged that much of the last year has been overshadowed by the events of the last few months. Margaret addressed the challenges faced by community businesses during the Covid-19 pandemic; and congratulated members, supporters and funders for the magnificent way they have all risen to the challenge of these unprecedented times. It was emphasised that Plunkett’s work with Defra and other government departments to reinforce the important role community businesses play in their localities should be built upon in the future. Thanks were extended to Plunkett’s staff, both past and present, advisers, Trustees, members and volunteers for their ongoing efforts to strengthen Plunkett as an organisation and their support of the rural community business sector; and for making the role of Chair so worthwhile.

James Alcock, Plunkett’s Chief Executive, shared his review of our centenary year, highlighting progress against the five strategic objectives that make up Plunkett’s strategy. He referenced the work to sustain the community business service; outlining that in 2019 we received 500 enquiries, made 223 allocations of business support, supported 55 groups to register as community benefit societies and 35 community businesses to begin trading. He also expressed appreciation to our funders and partners, including Midcounties Co-operative, the Co-op Group, Esmee Fairbarn Foundation, the National Lottery Fund and Power to Change. With the support of these organisations, Plunkett has launched the Training Hub, the Information Hub, and publications such as the 2019 Impact Statement and the 2020 Ripple Effect report; as well as projects and campaigns such as the loneliness campaign and Making Local Woods Work. These activities have helped us to extend our reach, increase the impact of the Plunkett Foundation and its members, and ensure we have a stronger voice to represent community businesses and contribute to policy to shape the future of the sector. Finally, James outlined the work we have been doing to improve Plunkett’s own sustainability, particularly in reducing our dependency on project income; which has decreased to 55% of funding coming from projects in 2019 – and this work will continue during 2020.

Chris Coe, Trustee and Treasurer, and Nicola Cadwallader, representing our auditors David Cadwallader & Co, highlighted that 2019 was the third successive year in which the Board had succeeded in strengthening the balance sheet and improving the Plunkett Foundation’s financial position. The Annual Report and Accounts for 2019 were approved, and David Cadwallader & Co were appointed as auditors for the next financial year.

The final aspect of the formal AGM was the approval of 11 proposed amendments to our Articles of Association, to bring them in line with current legislation and good practice; James Alcock noted that the Trustees may look to review the Articles more comprehensively prior to the next AGM in 2021.

Following the formalities of the AGM and the launch of the new strategy, members heard Chris Cowcher outline the experiences of Covid-19 from a community business perspective, and how those experiences shaped Plunkett’s vision for the future of rural communities. Subsequently, Harriet English shared more detail about the five opportunities that place rural community businesses at the heart of a rural recovery: the re-localisation of supply chains; expanding and diversifying the volunteer network; boosting employment and training; greater utilisation of digital technologies in business; and harnessing positive environmental impact.